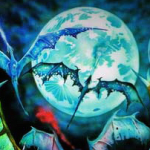 I grew up on a solid diet of fantasy stories and fairy tales, and Deltora Quest has always been one of my absolute favorites. The world of Deltora never ceases to amaze me with all its complexity and characters, magic and monsters, and worldbuilding and wonder. I've read and reread all fifteen Deltora Quest books countless times. I've also read the Three Doors trilogy, the Rowan of Rin series, the first three Star of Deltora books, and most of the additional Deltora books.

Retrieved from "https://deltoraquest.fandom.com/wiki/User:Sisterofthesouth?oldid=57586"
Community content is available under CC-BY-SA unless otherwise noted.