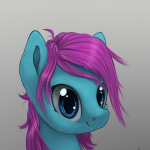 Hello everyone, and thank you for stopping by.I first read Deltora Quest in 2005, and was instantly drawn to the coverart by Mark McBride. However, it was the story that kept my interest.

This series is one of the most well written and memroable fantesy series I have ever seen, and is easily my favorite book series - surpassing others like Lord of the Rings and Song of Ice and Fire. I think the characters are memorable and the world is well thought out.

In total, I've read all fifteen of the main Deltora Books at least ten times in my life - though I intend to add a few more onto it. I also read the Three Doors Trillogy, and enjoyed it as well. The Shadow Lord is one of my favorite villains.

As my avatar shows, I'm also a brony. I write fanfictions on FIMFiction.net. One day I intend to write a Deltora crossover with MLP.

Retrieved from "https://deltoraquest.fandom.com/wiki/User:Samaru163?oldid=55732"
Community content is available under CC-BY-SA unless otherwise noted.