The Champion Inn is the most popular, finest, and expensive inn at Rithmere. It is the official Games inn of the Rithmere Games and only available to competitors. Initially all contestants can stay at the inn whether they have money to pay or not. Contestants only pay what they can afford according to Mother Brightly, the hostess. This is most likely the case to attract as many fighters as possible.[1]

The Champion Inn was originally owned by Fardeep. After the Shadow Lord took over Deltora, it used the Rithmere Games as a way to recruit people to fight in the Shadow Arena.

Lief, Barda and Jasmine arrived at the Champion Inn after learning about the Rithmere Games. They went inside the inn and encountered the hostess, Mother Brightly. She helped the companions to become official competitors in the Games.[1]

Valley of the Lost 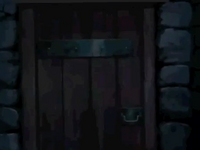 Mother Brightly's Hideout; connected to the underground tunnels
Add a photo to this gallery

Retrieved from "https://deltoraquest.fandom.com/wiki/The_Champion_Inn?oldid=54811"
Community content is available under CC-BY-SA unless otherwise noted.