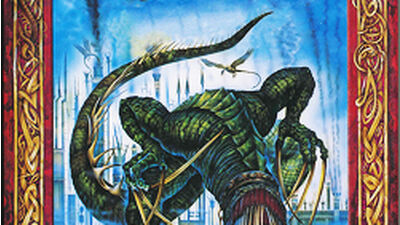 This post is based on a question of MikaKaimei on the Faith page.

Jasmine was on bad terms with Lief at the time. The Shadow Lord expertly catered to this feeling by showing Lief up in a bad light. He fabricated the idea that Lief had deliberately kept Faith a secret, fueling the already existing distrust between Jasmine and Lief. For Jasmine the problem also became very urgent because of the imminent death that Faith mentioned. Strong feelings often overwhelm all reason especially when latent feelings are amplified (this is just how human psychologically work). For Jasmine these latent feelings were:
the distrust between her and Lief and the hope/longing to save the slaves. As I said before the Shadowlord magnified the distrust. The Shadowlord also heavily intensified the wish to go to the Shadowlands to save the slaves because Jasmine would now be saving her own sister as well (a member of her familly). Psychologically speaking it makes sense. The story also makes quite a lot of sense (although there are subtle signs that could raise suspicion) as I will explain later.

Firstly, the voice came from the Shadowlands and not from somewhere unknown, Jasmine knew this because Faith told her. Faith also explained that she was born in the Shadowlands while her mother and Doom were captives in the Shadowlands. Third, Doom was seperated from Anna after they were brought to the Shadowlands, he had to fight in the arena and escaped at some point. It is unclear when they got seperated. Therefore it is conceiveable that he did not know Faith was born. Jasmine could have gone to him and ask but she probably knew that he did not know about Faith. For example, Doom never mentioned Faith and would have most likely done so if he had known about her. Also, for Jasmine there was no time to lose because of the urgency and Doom and Lief were not in Del at the time. Jasmine was also on the point of leaving the palace and return to the Forests of Silence, as she wanted to be away from the Palace for some time. This all most likely led to her decision to leave as soon as possible (not waiting for Doom to ask him).

Now it is possible that Anna got pregnant in the Shadowlands. I believe this is extremely unlikely but possible nevertheless. Of course, Anna could have also become pregnant right before or even up to two months before their capture (women can be unaware of pregnancy the first two months). The books strongly hint at this (see Chapter 4 of Cavern of The Fear). Jasmine was 7 at that point and so Faith would be about 10 (Jasmine is 16 in Deltora Quest 1 and 17 in Deltora Quest 2). Their ages (of Faith and Jasmine) make perfect sense.

As for the signs. A sign of supiscion for an objective observer is: Faith never mentions the name Anna she simply refers to her as 'mother'. Same goes for Doom (father) and even Endon (father friend's). This is because the Shadowlord was not familiar with the names at least the name Anna. It is also questionable how Faith would reach the crystal and how Anna knew about the crystal in the first place (according to Faith, Anna urged her to reach the crystal). It is even stated in Cavern of The Fear that Faith used the crystal multiple times (as she falsely claimed that she had already spoken to Lief). They were slaves in the Shadowlands and therefore should never have access to a such a powerful device or even know about its existence. Jasmine should have considered this things but bear in mind that Jasmine did not know what the crystal was when she first used it. She had know clue that it was normally used by the Shadowlord and its servants exclusively. For alls she knew the crystal was not heavily guarded and the slaves could learn about its existence from sloppy, loquacious guards. Jasmine lacking knowledge of the crystal and given her emotional state probably used above reasoning to justify Faith reaching the crystal. The fact that Faith reached the crystal (a powerful device that slaves clearly should not have access too) may have slipped her mind entirely. Also Jasmine focused on signs that catered to her feelings like Faith falsely claiming that Lief had spoken to her and consequently did not tell Jasmine (thus keeping it a secret and intensifying distrust). Therefore it is conceiveable that she ignored other signs of suspicion even though she is normally quite shrewd.